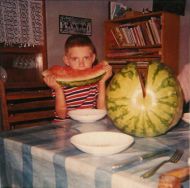 Jan 9th A memory in colours

Something that remains clear and vivid in my mind is the colours. Quite different from the colours of Sweden where the palette varies by the seasons from deep green, deep blue, red, white and pale yellow in summer, to a scale of grey, grey blue and white in winter.
Afghanistan has a palette of sandy yellow, turquoise blue, dusty olive green and terracotta red. 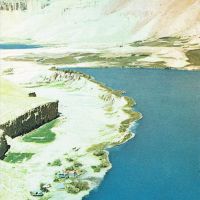 This is a beautiful and dramatic country. A land crossed by rivers and streams but, as if the sand and rock repels the water, not giving the opportunity for lush vegetation to thrive.

I’ve always imagined the bright turquoise blue colours of the waters have an origin in the national gemstone of Afghanistan, the Lapis Lazuli. Grinded in to silt and stirred around in the stream, colouring the water. That of course is a purely romantic fantasy, every one knows the water gets it colour from the reflected sky and anyway, imagine the amount of Lapis Lazuli needed to tint all the waters. It would not be as expensive as it is if those amounts really existed.

Posted in Memories and tagged colours, Lapis Lazuli, palette, rivers, streams, vegetation, water by nils with no comments yet.